What the Legend is About 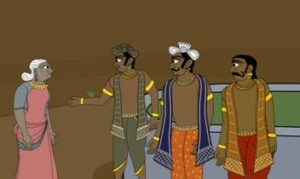 The Legend of Ponnivala is a vast epic story, once widely celebrated in the Kongu region of South India. It is a gem of Tamil storytelling, and a tale normally sung by bards. The Sophia Hilton Foundation of Canada has produced a twenty-six episode animated DVD series retelling this story and supplied avid readers with accompanying digital (or printed) comic books and teaching guides. All these materials have grown out of, yet remain rooted in, this ancient legend. All have, at their core, the multi-colored events and issues described so well by this traditional epic tale. Because the legend is authentic, its multiple segments can be enjoyed at many levels. The story carries within it much that remains socially significant to this day. The Legend of Ponnivala can be told in ways suitable for elementary school children, but its many layers of meaning have proven, many times over, to engage adults as well.

This rich tale provides a near-limitless source of research topics that will interest university-level students. The story is backed by extensive scholarly research and invites fresh post-doctoral inquiries, as well, by recognized scholars. 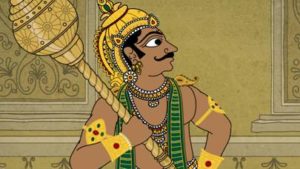 The colours and character designs used in The Sophia Hilton Foundation’s short graphic novels that tell this story present the reader with a new style that is not Manga, not Disney, and not Bollywood. Instead, each page draws inspiration from authentic, traditional Indian folk art. Akin to a regional Mahabharata, this significant and hitherto largely unknown folk epic describes life in medieval South India. These material build on over 50 years of scholarship by Dr. Brenda Beck and they have held the interest of kids, families and scholars alike.

One elementary school student from New Jersey wrote to us:

I read the entire set of books in 3 days.
The Legend Of Ponnivala was a very interesting, happy, and fascinating story.
I liked the book titled 'The Book Of Fate' the most.
My favorite character was Tamarai. Your stories are excellent.
Thank you for the books.
~ Janani S. (2nd grade), Metuchen, NJ 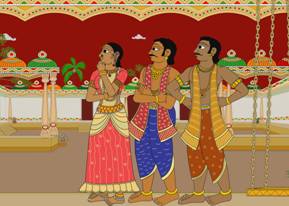 Locally the epic is known as the Annanmar Kathai, or "The Elder Brothers' Story," and is named for the principal characters of the third generation, the twin brothers Ponnar and Shankar. But there is also a sister.  The story describes them as a set of triplets. We did not want to ignore the key role this young girl has.  In many ways her emotions, strategies and deep understandings underlie the entire tale.

Like all good folk epics, Ponnivala takes place in the real world, with locations and landmarks that still exist today. Yet its great age (easily over 500 years old) provides a remarkable insight into the society and culture of medieval India, especially as played out in the Kongu region of Tamilnadu. These graphic novels (and their video counterparts) provide viewers with a fresh and informative folk perspective on South Asia’s pre-colonial history. The material also has great mythological and cultural appeal. 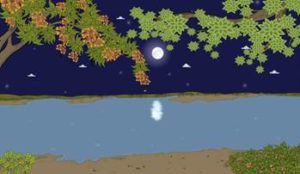 Although there is no "real" place in India called "Ponnivala," we have chosen to use this poetic name to refer to our retelling of this ancient Tamil epic. But how did we arrive at this title?

"Ponnivala" is our unique way of shortening the Tamil word Ponnivalanadu to make it more accessible to English speakers. Deep in the interior of Tamilnadu lies a plain called Kongunadu, through which the great Kaveri River flows. Because Ponni is another poetic name for this beautiful river, we've translated the meaning of the name as "The Land Where The Golden Kaveri River Flows." This is the same name that the two bards who sang this tale to a tape recorder back in 1965 used to describe this land in their repeated and heartfelt songs of praise.

Traditionally this tale is known by the name "The Elder Brothers' Story," which refers only to the twin brothers Ponnar and Shankar, and does not reference their sister Tangal. The larger legend, however, includes all three. It is a folk history of the beloved land in which these hero-brothers were born. The story is designed to describe their family lineage and their unique social heritage. The tale starts with the founding of their family line from two grandparents and continues from there to describe their parents as well.