A celebratory event was held at the University of Toronto, Scarborough, to mark my recent monetary gift

A celebratory event was held at the University of Toronto, Scarborough, to mark my recent monetary gift 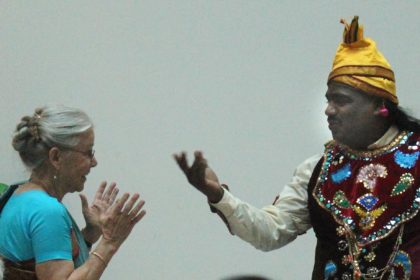 On March 22, 2018, a celebratory event was held at the University of Toronto, Scarborough, to mark my recent monetary gift. That donation grew directly from my wish to advance local engagement in the Tamil Worlds study program already established on this particular UofT campus. On a personal level this legacy bequest is intended to serve as a thank you to Tamil peoples everywhere for their kindness and for the ample hospitality so many Tamils have shown me for more than half a century. I am particularly grateful for the support and help I received early on, during my two years of doctoral field research between 1964 and 1966, research I conducted largely in the Kongunadu region of Tamilnadu. Some of my more recent graphic teaching panels were on display at this 2018 gathering. Those images tell parts of the Legend of Ponnivala (nadu) story (known in Tamil as the Annanmar Kathai), a major oral folk epic I collected from singing bards during that period, All the scenes on these banners were initially sketched out by my special colleague, Ravichandran Arumugam, a Tamil folk artist whose own grandfather was a Kongunadu story minstrel. I also thank Regan Tigno for the photos he took that show this special event’s range of displays. Several of the photos are of two large mural arrays that I frequently use to illustrate scenes central to the telling of this largely unknown but very important folk legend. Regan also photographed the evening’s entertainment. It featured a show put on by my favorite Terukuttu performer, Ramaneekaran Shanmuganathan. I am hoping that this UTSC bequest will help grow a new research HUB on this east-Toronto UofT campus that will be dedicated to the study of Tamil culture(s) everywhere. In particular, I hope that it will focus on the many rich, largely unknown, and quite varied folk traditions of the Tamil people(s). With energy and dedication UTSC will likely one day become a worldwide HUB for such work. The Sophia Hilton Foundation of Canada, of which I am the current President, is also supporting (in spirit) this educational bequest. 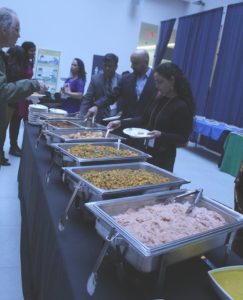 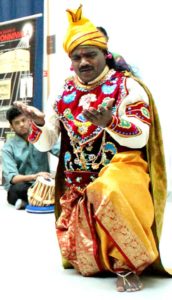 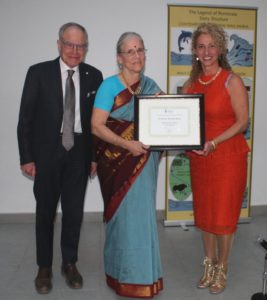 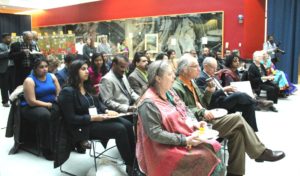 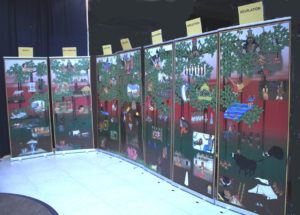 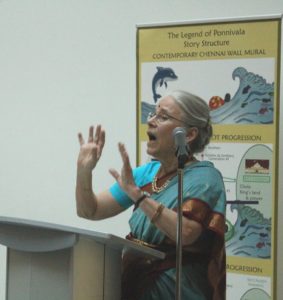 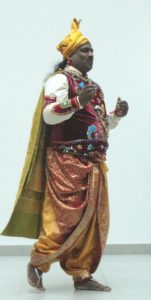 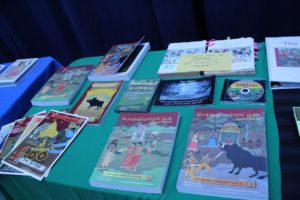 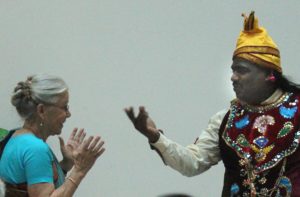 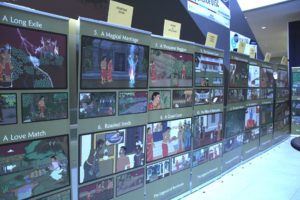