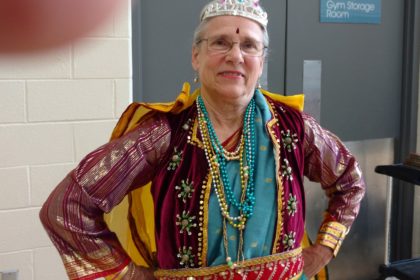 Last Friday, for the first time in my life, I was treated like a king (South Indian Chola style)! Ramanee Shanmuganathan and I performed as a story-telling team at the Toronto South Asian Seniors Spring Fair held at the Armandale Community Centre in Markham Ontario. We presented a skit, in Tamil, and then repeated it in English. The story was a short excerpt taken from the much larger Legend of Ponnivala. The event was sponsored and organized by the Social Services Network (SSN). Everyone enjoyed the fun, especially laughing at me… and how I had been dressed up (right over my sari) with a pretend king’s crown that looked like it would better suit a fairy queen. Fake jewels, a fancy jacket, a cape and a wide belt were all a part of my wardrobe. Ramanee played the part of both of both teenage heroes in the Ponnivala story…. at the same time… He skillfully, and with some humour, jumped back and forth between the two characters. I represented the mean and pompous Chola king they had been ordered to bring their tribute to. Our short skit was about these two brothers’ unwillingness to bow down to this insulting overlord, and their hope of attaining independence for their region (Kongunadu), in an angry response to this king’s disrespectful behavior towards them. 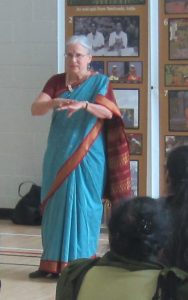 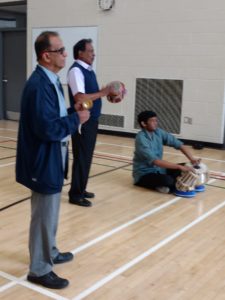 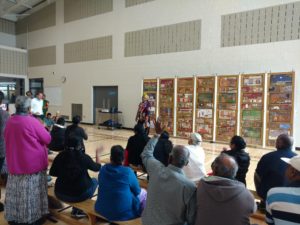 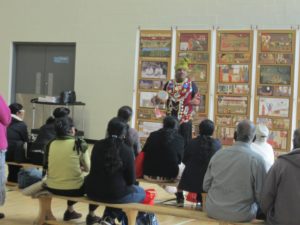 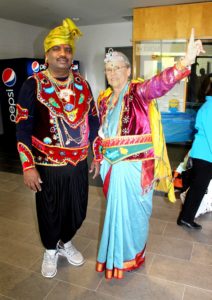 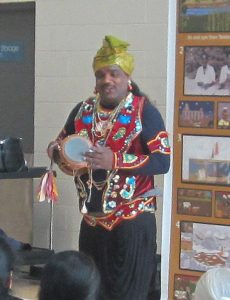 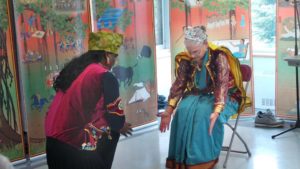